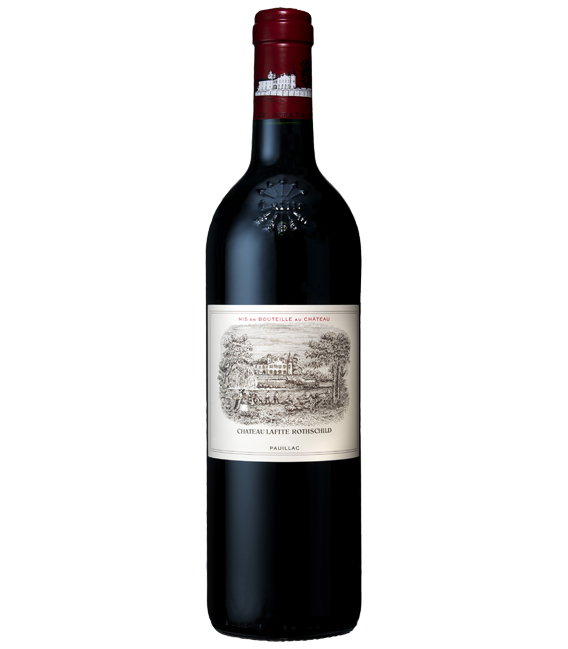 Château Lafite Rothschild, owned by Domaines Barons de Rothschild. The name Lafite comes from the Gascon term "la hite" which means "little hill". Situated in the large wine-producing village of Pauillac in the Médoc region north-west of Bordeaux, the estate was owned by Gombaud de Lafite in 1234.1 In the 17th century, the Château Lafite estate was acquired by the Ségur family, including the house main building from the 16th century that still remains standing. Although there were almost certainly vines there already, around 1680 Jacques de Ségur planted most of the vineyard. The vineyard is one of the largest in the Médoc. They have Cabernet Sauvignon, Merlot, Cabernet Franc, and Petit Verdot. The final wine has more prominence than Cabernet Sauvignon, and the other varieties with a lower proportion, which vary according to the vintage.

Bordeaux, the largest vineyard in the world, with some 110,000 hectares and 53 appellations. In the north, the Medoc is a privileged site for the production of red wine, where for example Pauillac, Margaux, Listrac, Moulis, Saint-Julien and Saint-Estèphe are produced. Graves wines (Pessac, Léognan) and fortified wines are produced to the south of Bordeaux. The quintessential white varieties are Sémillon, Sauvignon Blanc and Muscadelle. The reds: Cabernet Sauvignon, Franc, Merlot and Malbec. To the north we can discover Libournais, Blayais, Bourgeais, Fronsac, Pomerol and Saint - Emilion. Bordeaux is the area that makes the best cuts or blending and its distinctive character has led to its classification as the best French wines.

French wines correspond to one of the oldest vine crops, its origin finds its sources in the time of the Roman Empire. They are considered a fundamental part of French Gastronomy, and some brands have achieved worldwide recognition. France is the second region where there are more vineyards in hectares, after Spain. It has different production regions, each one with different characteristics. French viticulture, more than any other, has remained faithful to this recognition of privileged lands, which have been valued through highly efficient technology. Although competition from other countries is evident today, the primacy of France in the production of great wines remains indisputable.

30 other products in the same category:

3 other products in the same bodega: