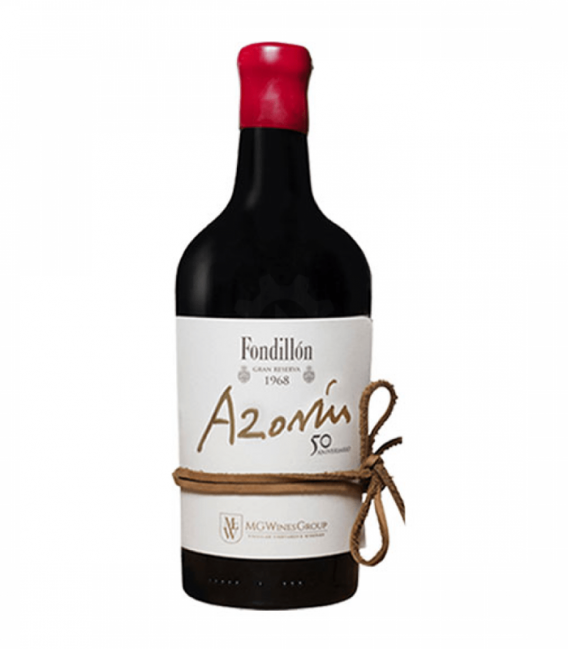 Member of the generation of 98, José Martínez Ruiz, better known by his pseudonym Azorín, was a native of Monóvar, cradle of the Fondillón, of which he was a great passionate, and to which he dedicated these words: Centenary Wine, is sweet without empalago, by its density tarnishes the glass, smells of old mahogany.

Fondillón Grand Reserva Special Edition Azorín 50 Anniversary is a very special wine from the cask that belonged to the novelist's family and is currently in the sacristy of Bodegas Monóvar.

This bottle of Fondillón presents a design that includes a label-book.

Knotted to the bottle with a leather ribbon, the label contains the entire history of the Fondillón Azorín and evokes the fur loins of the bindings of the old books of the Azorín library in Monóvar.

This special edition also has a beautiful wooden box that opens like a plumier, contains the bottle and a definitive glass stopper that, once uncorked the wine, is used to preserve a long period in optimal conditions.

Intense Aroma of oxidative evolution, large complex of toasted and sunny overripe fruit. Fig bread and candied fruits, almonds and hazelnuts fresh from the oven, compotes and greedy jams. Eternal persistence of old and sweet aromas that last for many hours in the mouth and hands.

30 other products in the same category:

10 other products in the same bodega: