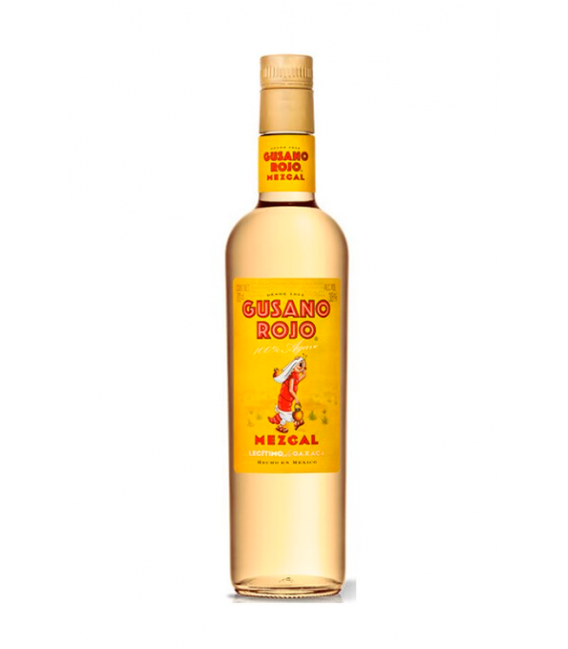 MEZCAL Gusano Rojo is the most consumed and the most popular of mezcal, is made 100% of agave and is originally from the State of Oaxaca,

MEZCAL Gusano Rojo is the most consumed and the most popular of mezcal, is made 100% of agave and is originating in the state of Oaxaca, Mexico.

Mezcal Gusano Rojo was born more than 50 years ago, being its creator Mr. Jacobo Lozano Paez, who realized the need to develop a Mezcal with special characteristics of aroma and flavor that identify Mexico throughout the world using for this, his long experience in The manufacture of liquors resulting Gusano Rojo, with its very distinctive flavor, acquiring immediate fame in Mexico.

Mezcal is an alcoholic beverage extracted from the agave, being is, the most spirit drink in Mexico. Ten thousand years ago in Mesoamerica, began the relationship between the man and the agave, which is used to make mezcal.

Agave is known as the Tree of Wonders, water, wine, vinegar, honey, syrup, thread, needles, mezcal and hundreds of other things that are extracted from it. At the end of the tenth century, distillation was introduced in Mexico by the Spaniards and from that date, mezcal has been processed in artisanal mode with some advanced changes.

It takes up to ten years for the agave plant to reach the desired maturity so that it can be cut and processed. This way of being cultivated, is known as organic agriculture, because of the fact that no pesticide or fertilizer is used during the process of growth and development process. The heart of the agave is called "pineapple" which is the part of the agave used for the manufacture of mezcal. Some of these pineapples weigh 100 or more kilos, once they are cut from the ground. These pineapples are cooked in a floor oven, where the baking process lasts for three days.

MEZCAL Gusano Rojo is colorless. Aromas of earthy nuances and pepper. In the mouth it is smoked and reminds of barbecue. Typical Agave sweetness

13 other products in the same category:

0 other products in the same bodega: